Alfa Romeo 4C Spider images have finally been made public. The pictures have just arrived on the internet and already they have caused quite a stir as the car has been highly awaited by fans all over the world. As we know by now the model has been prewieved in the spring of 2014 and most likely it will be unveiled this very year at the Detroit Motor Show. 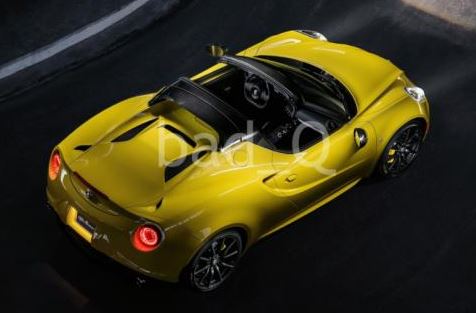 We remind you that these are not the first images of the Alfa Romeo 4C Spider as several leaks have taken place during the past year, but these are we may say the most convincing photos, as they are the official ones. Basically Alfa Romeo 4C Spider was previewed by the 4C concept so no major suprises are announced regarding the aspect of the new model. 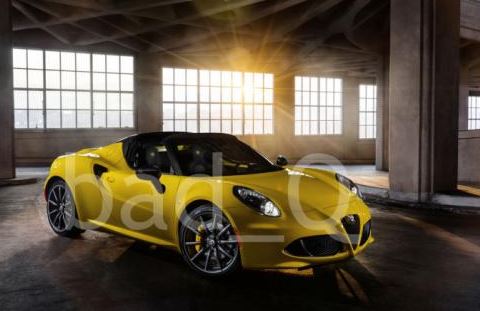 But let’s take a close look at the car and present you quickly with the impress arsenal. The car features a windscreen ring, new headlights and a carbon fiber air intake on the driver’s side. List also counts a carbon fiber chassis and a carbon roll-bar cover.